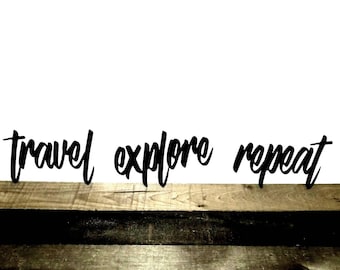 Assam is an enchanted land blessed by the gods themselves, rich in their culture & heritage and the even flow radiant warmth from its people poised with serene mystical sagas from the pages of history.

Assam offers multifaceted experience for travelers from all walks of life, be it the adrenaline junkie wanting the spirit of adventure from the wild Kaziranga forest famous – the last bastion of the majestic one-horned rhino to the spiritual Maa Kamakhya Mandir – the holy abode for Sati’s disintegrated body part, considered as one of the most sensual tantric worship spot for enlightening spiritual powers.

Guwahati is the most important city in Assam which is also the gateway to the other six north eastern Indian states of Nagaland, Manipur, Tripura, Arunachal Pradesh, Mizoram and Meghalaya also revered as the seven sisters. The city is an important business hub with many commercial as well as educational & cultural institutes and ranks among the top upcoming Indian cities.

Assam from the early pages of history was once known as the kingdom of Pragjyotisha – Kamrupa ruled by the Ahoms & Koches kings during the first millennium AD. The magical remains are still visible in the shape of the historical monuments from the old capital city of Rongpur (now-Sivasagar), Talatal Ghar – an unique architectural marvel with three stories underground & four above, Rangghar – an amphitheatre for the Ahom Kings built with indigenous variety of rice & eggs and the royal burial mounds of Caraideo, very similar to the pyramids of Egypt.

Present geography of Assam can be divided into four primary regions for specific tourist interests namely with Upper Assam, Central Assam Hills, Southern Assam Hills and Lower Assam. The most popular city of Guwahati dates back more than two thousand years from history is today the ultimate urban hub spot by the aisle of the mighty Brahmaputra River – one of the only Indian rivers name with a masculine nomenclature is also one of the major rivers from Asia.

Assam is also famous for the world’s largest river island Majuli – a pollution free fresh water green island which is also the home for the Assamese neo Vaishnovite movement. It was started in the Sixteenth century by the renowned saint & social reformer, Shri Sankardev to propagate and preserve the movement from the Satras or hermitages that are what monasteries to the Buddhists.

Manas National Park or Manas Wildlife Sanctuary is deemed as a world heritage by UNESCO is situated 176 KM from Guwahati is famous for the Project Tiger Reserve. It is located by the banks of the river Manas and spread over 283, 730 hectares of tropical evergreen forest. The lush green game reserve is the habitat for rare & endangered species including tiger, one-horned rhinos, swamp deer, pygmy hog and Bengal Florican.

While you are in Assam, it is inevitable that you try the world famous Assam Tea which is also the world’s largest tea-growing region owing to the favorable tropical climatic conditions ideal for tea plantation. Back in the 19th century, Assam tea revolutionized tea drinking habits across the world by producing many variants like green & white tea, each with their own taste & distinctive features.

Assam is also known for the abundance of natural mineral resources like petroleum which indeed takes pride of its crude petroleum production oil fields at Digboi. It is the second oldest oil well in the world along with four other oil refineries located at Guwahati, Duliajan, Bongaigaon & Numaligarh.

Weaving is one of the most significant aspects of the Assamese culture and also famously known for the production of the one of a kind golden silk type, Muga along with other forms of silk like Eri & Pat. One of the world’s famous Assam silk productions is in the village Sualkuchi, 32 KM from Guwahati which is often regarded as the Manchester of the East. This distinct unity & diversity is truly reflected in their unique culture called Bihu.

Towards the south-west of Guwahati City is the permanent freshwater lake Dipor Bil, also spelt as Deepor Beel, which is a former channel of the Brahmaputra River and was used as an important dockyard by the Ahom & Mughal Kings in the past. It is considered as the largest Beels (lake) in the Brahmaputra valley of lower Assam. In 2002 the beel was listed as a Ramsar Site citing important conservation measures on the basis of biological and environmental importance.

Another location to visit in Assam is Jatinga, a village 330 KM south of Guwahati, famous for the phenomenon of birds committing suicide which is not suicide but the birds are actually killed. Conversation groups and wildlife officials have taken measures to stop the killing of these birds by creating awareness in the people.

The train station in Guwahati is centrally located in the heart of the city and the Gopinath Bordoloi International Airport is about 30 KM from the city making traveling to the city very convenient.